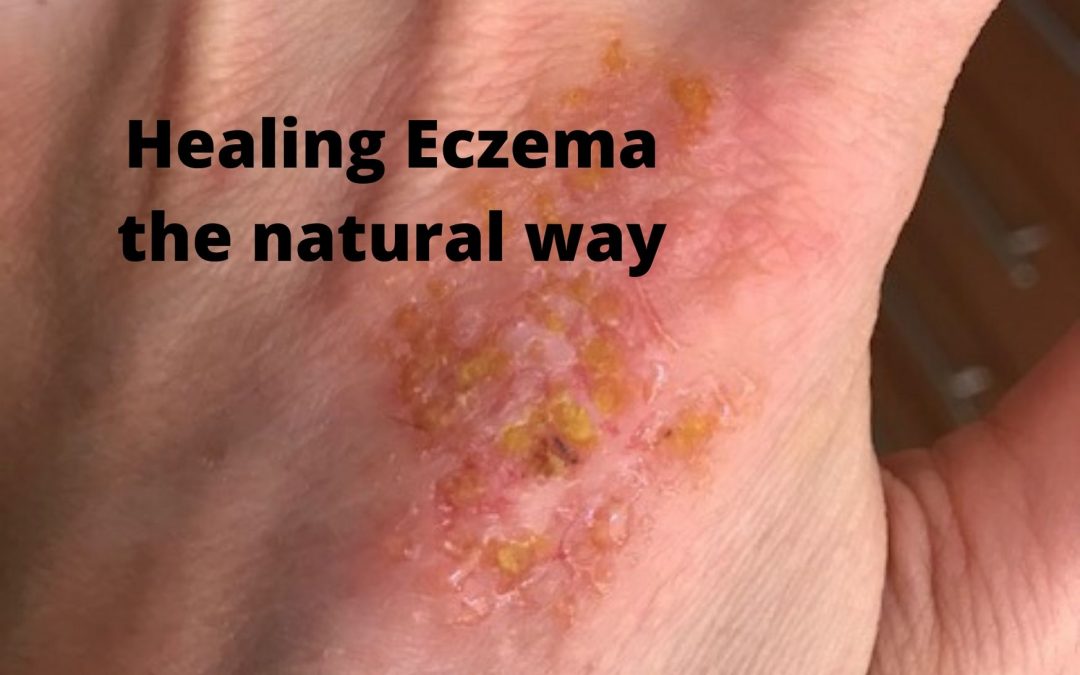 Today, I would like to share my experience of healing eczema naturally. My whole life, I was so grateful, I did not have any kind of skin issues. Unlike my brother, who had to deal with eczema since he was in his twenties.

However, sometime towards the end of last year, I discovered some spots on my left hand. I didn’t know what it was. The pharmacist recommended a calendula cream which didn’t help. Waste One.

I then went to see my GP and she said it could be eczema and gave me a mild steroid cream. It worked and the spots disappeared within a week and came back the following week. Waste Two.

I then saw a dermatologist for a mole removal and she suggested it could be fungus or eczema. She recommended to keep it moist and get a good moisturiser which I did. Waste Three. IN addition, I bought a anti fungus cream which didn’t work. Waste Four.

After it hasn’t improved trying all the recommendations above I had and online conversation with the dermatologist and she subscribes really heave steroids which I was supposed to put on for two weeks. In addition, she prescribed certain creams to use after the treatment and also after washing hands. Waste Five, Six & Seven.

Waste? Yes, because I heard a lot about steroids having harsh side effects. Despite having the treatment at home and spending a fortune on them I decided to treat my skin naturally.

Believe me, I nearly gave up. This skin condition is with me for four months now and doesn’t get any better.

I do more research. Someone suggests vinegar. I am hesitant but at least I do have it at home anyway. No waste One!

Also, someone else recommended two different creams Hope’s Relief and Honeyskin which I am still using in combination with the vinegar. No waste Two! No waste Three. However, the creams come in a plastic tube 🙁

And my eczema is finally manageable. Some little spots here and there, coming and going and that’s it.

One more recommendation I am grateful for. Use cotton gloves in the night to protect your skin and to make sure the cream doesn’t end up on your bed sheets.

Over time, I realised, hot showers make the eczema worse. Apparently, showering about 2-3 times colder than you would usually do, helps.

In addition, my skin also reacts to citrus fruits. This is only when I am cutting them so I use gloves.

Last but not least, my skin also reacts when I dig in garden soil (I grow some veg and herbs).

Honestly, it’s been quite a journey. I learned to be patient. I kept unwavering faith. I’ve been persistent and I am proud I managed this eczema situation without harsh medications. Of course, I do regret all the waste I have produced. Hopefully I can pass on some of the products to people you need them.

By the way, Mary-Anne of Heavenly Organics, whose skincare products we are distributing, has recommended the unscented body butter for eczema. I do have that in my warehouse anyway so will switch to this one soon. 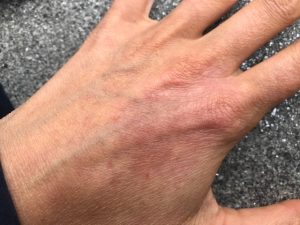